Married gynecologic oncologists, Dr. John Geisler, Dr. Manahan are licensed to practice medicine by the States of Georgia and Indiana. They are members of the American College of Obstetricians and Gynecologists, the Society of Gynecologic Oncologists. They share three grown children, two beautiful granddaughters, and three rescue dogs. 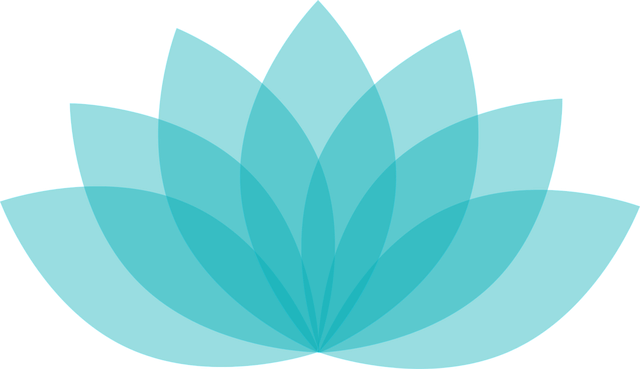 Dr. Manahan has an extensive range of clinical experience and has held numerous prestigious professorships since completing her training. She was Assistant Professor of Clinical Obstetrics & Gynecology at the University of Iowa Hospitals & Clinics, as well as Director of Clinical Research in the Division of Gynecologic Oncology. She was a Clinical Instructor at Indiana University School of Medicine. She was then named Vice Chair of the Department of Obstetrics & Gynecology at the University of Toledo College of Medicine & Life Sciences, where she also directed the Residency Program. She then held the Rita T. Sheely Endowed Chair at that institution. Dr. Manahan recently completed her MBA at the Terry College of Business at the University of Georgia.

“My single, most important goal is to stop the cancer,” says Dr. Manahan, Gynecologic Oncologist. “At the same time, I am also intensely focused on helping patients maintain the best possible quality of life during and after treatment. Now, I am focusing on trying to stop the development of these and other dreaded diseases!”
After pre-med undergraduate studies at Grace College, Dr. Manahan completed her Doctor of Medicine at Indiana University School of Medicine. Her postgraduate training included a residency in Obstetrics & Gynecology at Medical College of Ohio (University of Toledo), where she was named Chief Resident in 1998, and a Gynecologic Oncology Fellowship at the University of Michigan. She also spent one year focused exclusively on gynecologic oncology research at the University of Louisville. She was awarded the prestigious Galloway Fellowship in Gynecology at Memorial Sloan-Kettering Cancer Center and was named Outstanding Resident during her training.

Alongside caring for patients and training new doctors, Dr. Manahan has remained dedicated to advancing the treatment of gynecologic malignancies through clinical trials. She has been a Principal Investigator with the federally funded Gynecologic Oncology Group. She has authored more than 70 peer-reviewed publications of original research and case studies, along with numerous review articles and book chapters. She has presented her research at national and international professional conferences. Dr. Manahan has also won numerous teaching awards and was named in “Top Doctor” by Castle Connolly, Inc. in Atlanta annually from 2016 through 2019.
Licensed to practice medicine by the States of Georgia and Indiana, Dr. Manahan is a member of the Society of Gynecologic Oncologists and the American College of Obstetricians and Gynecologists.
Dr. Manahan provides surgery and chemotherapy for gynecologic malignancies. including ovarian cancer, cervical cancer, uterine cancer and vulvar cancer. She is particularly interested in integrating molecular profiling of cancers into individualized care for each patient. She also serves on the board of directors for a humanitarian aid organization that promotes health, education, and clean water in the Ivory Coast.
Married to fellow gynecologic oncologist, Dr. John Geisler, Dr. Manahan enjoys spending time with her family, which also includes three grown children, two beautiful granddaughters, along with their three rescue dogs. 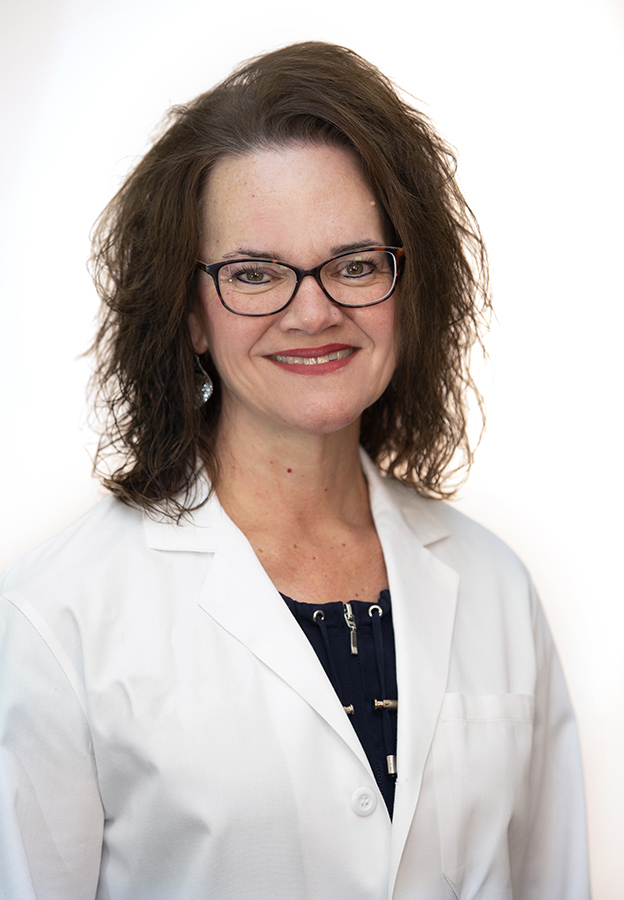 Dr. Geisler has held numerous professional and academic positions. He was a gynecologic oncologist in private practice for several years in Indiana, where also served as Director of Gynecologic Oncology Research at St. Vincent Hospital & Health Services. He later became Professor of Obstetrics & Gynecology and Director of Gynecologic Oncology at the University of Toledo College of Medicine & Life Sciences, where he was also Associate Program Director of the Obstetrics & Gynecology Residency. He later became Chief of the Ob/Gyn Clinical Service and Director of the Ob/Gyn Third-Year Clerkship.

Dr. Geisler renowned physician and researcher focused on gynecologic oncology. His work on fertility-sparing therapies, uterine and ovarian sarcomas, and radical surgery for ovarian cancer and other gynecologic malignancies have led patients from around the world to seek his care.
After completing his Bachelor of Science with High Honors at the University of Michigan, Dr. Geisler completed his Doctor of Medicine at Indiana University School of Medicine. His postgraduate training began with a residency in Obstetrics & Gynecology at Loyola University Medical Center, followed by a preliminary medicine residency and four-year residency in Obstetrics & Gynecology at St. Vincent Hospitals – Indianapolis. He received the prestigious Galloway Fellowship at Memorial Sloan Kettering Cancer Center in New York. He then completed fellowships in Pelvic Surgery and Gynecologic Oncology at the University of Iowa Hospital & Clinics. He recently completed a Masters in Pharmacoeconomics, Patient Safety and Health Regulation at the University of Florida.

U.S. News & World Report named Dr. Geisler a Top Doctor in the nation for several years and he has also been ranked among the top 100 medical professionals worldwide. He has won awards for teaching and research and serves on the editorial board and as peer reviewer for the most influential journals in gynecologic oncology. Dr. Geisler has conducted numerous federally funded clinical trials that have advanced the treatment of gynecologic malignancies. He has published more than 120 papers on the care of women with ovarian, endometrial, cervical, vaginal and vulvar cancer in influential medical journals including Cancer, Gynecologic Oncology, Journal of Cancer Therapy, International Journal of Gynecologic Cancer, and American Journal of Clinical Oncology.
Licensed by the States of Georgia and Indiana, Dr. Geisler is Board Certified in Obstetrics & Gynecology and Gynecologic Oncology by the American Board of Obstetrics & Gynecology. He is a member of the American College of Obstetricians & Gynecologists, the Society of Gynecologic Oncologists, the International Gynecologic Cancer Society, the American Association for Cancer Research, and the American Medical Association.
Dr. Geisler also has extended experience serving with a humanitarian aid organization that promotes health, education and clean water in the Ivory Coast. Dr. Geisler currently serves on the organization’s board of directors and has previously provided training for Ivorian obstetricians/gynecologists in gynecologic oncology surgery, fistula repairs, breast surgery and hernia repairs.
When he is not caring for patients, Dr. Geisler spends time with his wife, who is also a gynecologic oncologist, and their three children and two amazing granddaughters. 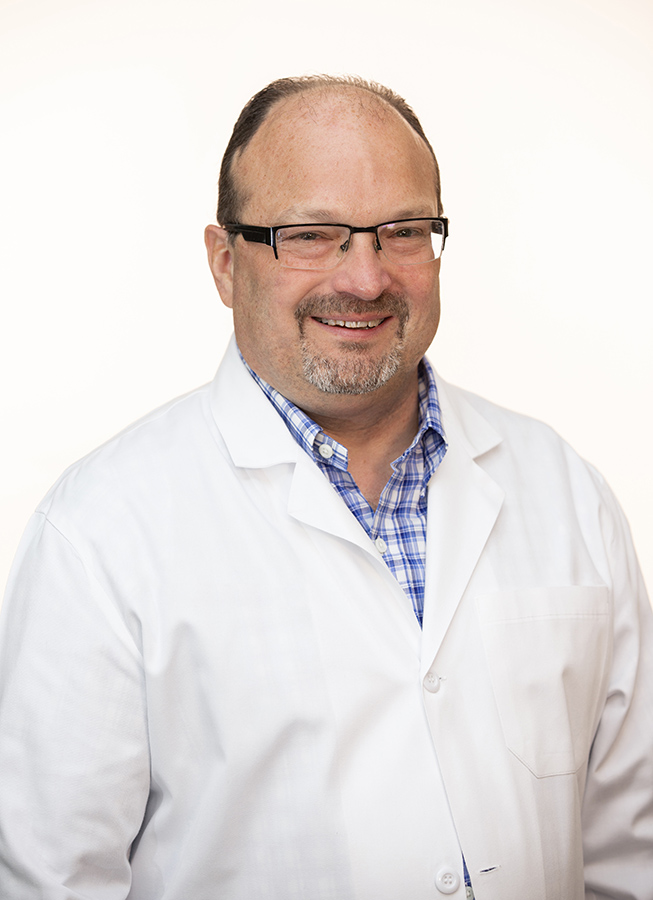 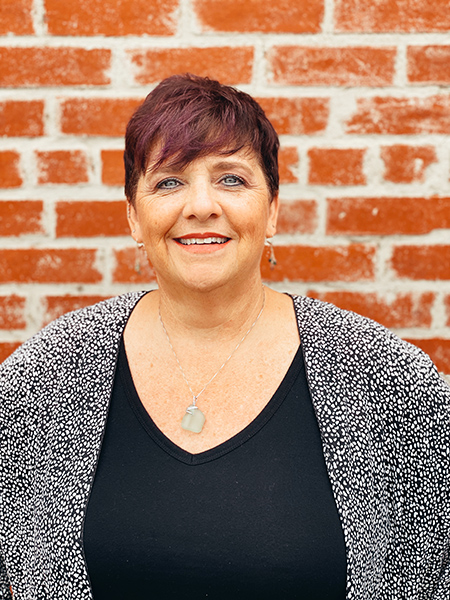 Sabrina has over 25 years of experience in executive leadership. She began her career as a Drug and Alcohol Counselor working in a community based non-profit and eventually went on to become the Director of Outpatient Programs where she had a roll in treatment planning, community outreach, and education as well as providing counseling services. She received many additional educational and instructor certifications while in this field of work.

As her love for helping people in difficult times grew, Sabrina transitioned to work at a local child advocacy center taking care of families at a vulnerable and often traumatic time in their life. Her duties included providing counsel and direction through child welfare and the legal system while learning to adapt in extremely high stress environments and coordinating multidisciplinary teams all while working together to help children and their families have the best possible outcome.

Most recently, Sabrina spent over 10 years as Vice President of an international non-profit, working both stateside and in Africa. She was in charge of managing large teams in multiple locations and hundreds of volunteers, coordinating logistics, and the organizations financial practices in four currencies. She often had opportunities to speak to large and small groups of people, provide team inspired leadership, and help people feel valued and accomplished. Her leadership skills, eye for detail, and creative problem solving helped her facilitate a fully functioning hospital, equip operating rooms and clinics, and manage a rotating group of volunteer medical staff in the bush of Africa for over a decade. It was during this stage that she met Dr. John and Dr. Kelly and learned about their selfless compassion for people, their desire to improve health and see people ‘Live Their Best Life with Cancer.’

Sabrina was born and raised in Oklahoma and has been married to her husband, Dane for 27 years. Dane is a Major with Oklahoma City Fire Department. Their oldest daughter, Alix and her husband Braden have recently relocated to Georgia and their youngest daughter, Paiton is attending college at the University of Hawaii. In their free time, they love spending time visiting their children and enjoying the Oklahoma sunsets. Every summer, for the last 15 years, they volunteer at a camp for foster children. Sabrina was the volunteer co-director of the camp for the first 11 years, but now she and her husband enjoy getting to teach the young kids how to fish. 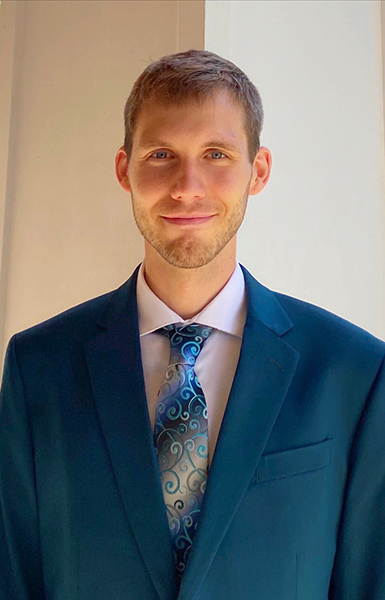 The first step towards employee satisfaction is being reached by caring and respectful leaders within the company. Often, a person’s feeling toward a company starts before their first day of work. It is the goal of the Human Resource department to ensure that all staff is being treated like valued members of the team. Micah Wood, the Chief People Officer with MG Wellness, has years of progressive experience in customer relations and administration. Mr. Wood has been on both sides of the table and strives to make a difference in the workplace.

Micah is originally from the Midwest and graduated from Grace College with a bachelor’s degree in Business Administration. Following the completion of his degree, Mr. Wood pursued a prestigious program through Leadership Fort Wayne. In this program, Micah had the privilege of meeting and working with many business professionals within the community; some of which led fortune 500 companies. This opportunity continued Mr. Wood’s growth in leadership and employee satisfaction.

Inside or outside of the office, Mr. Wood has worked in the community to help aide individuals with disabilities. Micah has brought forth dedication and positive results to the companies he has been with because of his passion and drive to make the workplace a safe and encouraging environment. Micah is inspired daily by his wife and their two daughters. 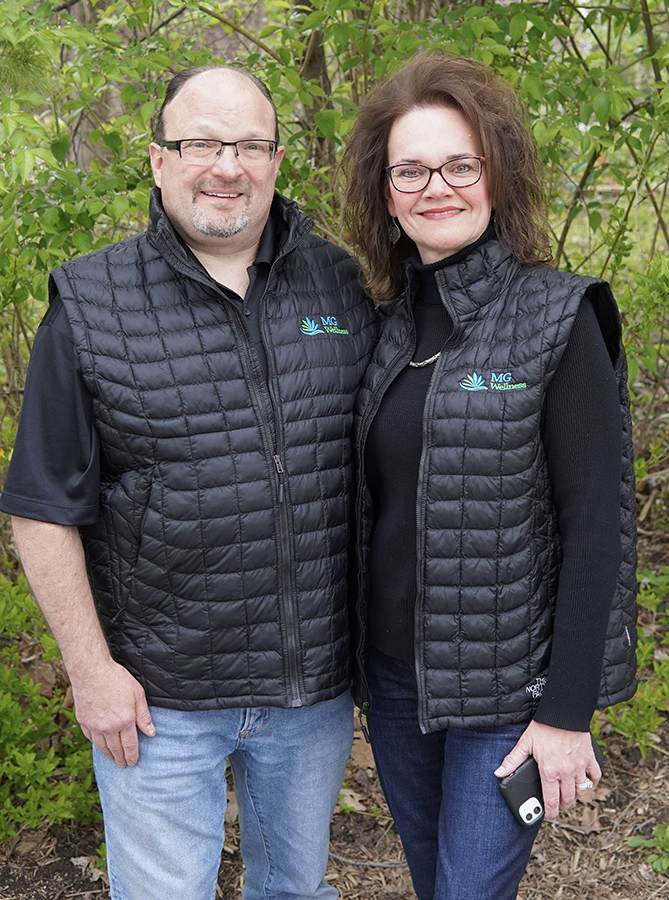 “This is a game changer! Best I have felt in years! The science is accurate and we as a society must stop poisoning ourselves…”
David McCoige
Subscriber

“Two of the best doctors ever. I trust them completely!”
Carol Greene
Patient